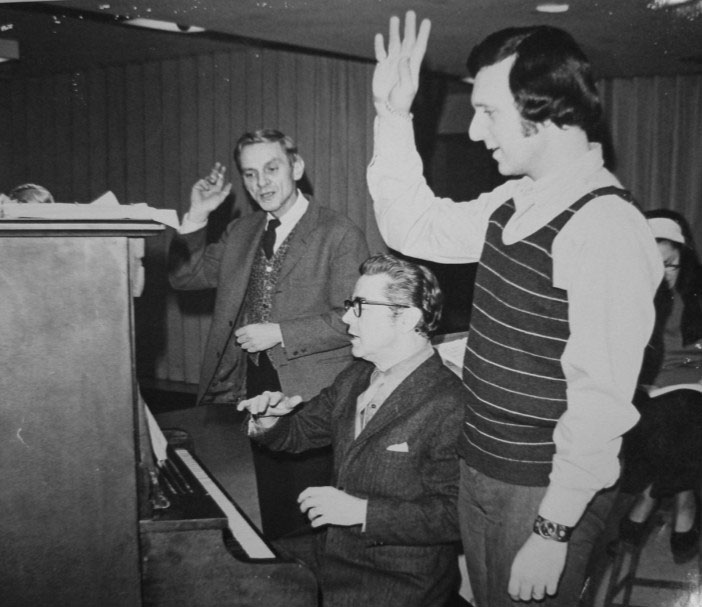 In 1964 the company formally incorporated as The Gilbert & Sullivan Opera Company, Inc. Its first president was Jerome Loeb, an advertising executive by day and transfer from the Darwin show, who served as president until 1966. A semi-professional actor with a flair for melodrama, he had sung his first principal role as Guiseppe in Gondoliers, and sang five others through 1970. A co-director for three seasons, he took on many production tasks—as so many others in the cast often did—even providing wigs for Gondoliers.